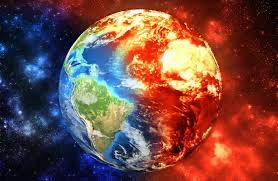 This summer has been marked by the ongoing war in Ukraine, and continued concerns over high inflation at home and abroad. Last week, the US Federal Reserve hiked interest rates by 0.75 percent for the second consecutive time, and Congress initiated debate on the Inflation Reduction Act. This legislation,  if passed, would impact a wide range of issues, including the Affordable Care Act, climate change mitigation, and corporate taxes.

In our own hemisphere, July saw a flurry of public exchanges in the US-Mexico relationship, including a bilateral meeting between the US and Mexican presidents. While I remain optimistic about the long-term prospects for North America and the opportunities that could be leveraged from ally-shoring, the bilateral relationship is without a doubt going through a challenging period.

On July 20, US and Canada both requested dispute settlement consultations, arguing that Mexico’s energy policies violate the US-Mexico-Canada trade agreement (USMCA) by favoring Mexican state-owned electricity and oil enterprises over US and Canadian companies. The Biden administration’s dispute request is not only backed by the US business community, it also enjoys bipartisan congressional support. You may be interested in this White & Case client alert analyzing next steps in the consultations.

The stakes for Mexico’s economic future are high, especially given the recent IMF forecast that the world economy is on the cusp of a global recession. Mexican President Andrés Manuel López Obrador will need to make concessions on energy in the coming months or Mexico could face between $10 and $30 billion in tariffs. Such a disruption in North American trade would be catastrophic for Mexico’s economy, as Mexico sends 80 percent of its exports to the US, which funds millions of jobs for Mexican workers.

So far, López Obrador seems unlikely to alter the direction of his energy policies. The Mexican president has responded to the consultations with criticism of his opponents and appeals to nationalism. López Obrador plans to state Mexico’s position amid a military parade on September 16th, the country’s independence day.

Trilateral settlement talks will likely extend well into 2023, which could make the dispute a focal point of the upcoming presidential campaigns. As occurs every 12 years, presidential elections in Mexico and the US will overlap in 2024. These elections will also set the tone for the six-year review of USMCA in 2026, which was stipulated in the agreement’s sunset clause.

Last month, the US filed its fifth labor complaint under USMCA about alleged violations of the right to collective bargaining and freedom of association in Mexico’s auto industry, requesting a probe into union organizing rights in a US-owned plant in northern Mexico. Sanctions against factories in violation would likely rescind their tariff-free status, leading to economic losses.

Mexico’s economic recovery also continues to face other hurdles. While the Mexican economy beat forecasts and expanded 1 percent in the last quarter, experts predict that growth will dampen in coming months.The country’s annual inflation rate hit a 21-year high of 7.99 percent in June, and the Bank of Mexico is expected to continue to raise interest rates.

In June, Mexico’s trade deficit reached $4 billion —three times higher than projected— as the country’s fuel imports outpaced crude oil exports. This is unwelcomed news for López Obrador, who has been counting on crude oil revenue to help cover the cost of Mexico’s subsidies on gasoline prices, which will carry an estimated price tag of $24 billion this year.

On security, in July Rafael Caro Quintero was captured in Sinaloa, Mexico. A crucial figure in criminal organizations for over four decades, Quintero became the Drug Enforcement Administration’s most wanted man after being accused of killing a DEA agent in 1985 and getting released from a Mexican prison in 2013 on a technicality. The US is now requesting his immediate extradition, which is unlikely to happen quickly.

On immigration, the US Supreme Court ruled that the Biden administration had the authority to terminate Migrant Protection Protocols or “Remain in Mexico” last year. The policy—started by the Trump administration—sends back migrants to Mexico to wait for their US immigration proceedings. The White House is reportedly divided over whether and how rapidly to end the policy.

Amid continued high levels of border crossings, the recent tragic death of 53 migrants from Mexico and Central America in a trailer in San Antonio shows the urgent need for meaningful immigration reform. Over the past few years, heightening enforcement measures along the southern border are incentivizing more migrants to travel by trailer, increasing business for smugglers.

While there are no quick fixes to the large number of undocumented crossings at the border, as I’ve written previously, one step that could alleviate pressures in the region is expanding the US temporary guest worker visa. H-2 visas have been shown to reduce the number of border apprehensions. Additionally, providing a greater number of visas to would-be migrants would dry up revenue for smugglers and support critical US industries in need of workers.

In fiscal year 2021, a record 300,000 H-2A seasonal farm worker visas were issued to Mexicans. In May, the Biden administration also made 11,500 additional H-2B visas available in key industries for Haitians and Central Americans, who are arriving at the border in greater numbers.

Lastly, after facing roadblocks to pass comprehensive immigration reform in Congress and the courts, the Biden administration is instead taking a more piecemeal approach. In response to litigation filed by nine states on the legality of DACA, the administration is soon expected to adopt a rule to protect the program’s recipients from deportation.

Here at White & Case Mexico City, we will continue to monitor the latest developments in-country to provide the very best service to our clients.

As always, I look forward to staying in touch and encourage you to reach out via Facebook, Twitter, or LinkedIn.

Please enter your name.
Please enter a valid email address.
Sign Me Up!
Something went wrong. Please check your entries and try again.